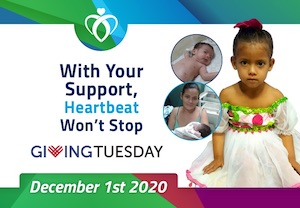 While on Chemo, I was put on Amiodarone for Atrial Fib. After chemo I wanted to get off of this nasty drug. Since then I have been on Propafanone, Flecanide, Tikosyn and 2 ablations, I am at the point of either another ablation (if I have the courage) or a pacemaker with AVNode ablation. The rock and roll effect of the AF has decreased quite a lot, so I am more comfortable, but the energy level and stamina is crappy. I would like to hear from anyone with a pacemaker or someone with similiar problems. Good stuff as well as the horror stories. Thanks

I havn't been on chemo. But I have AF and I have taken all the medications you have taken and I have had three ablations. Flecanide is the only one that has worked for me. I am taking it now with attenol and the warfarin sod. The doctors I talk to don't want to go with a PM but they want to do another ablation. I am just frustrated with ablations. I seem to be having more problems after the third one then I had before it. The AF does make you feel worn out and takes away your energy. From what I have read above you must of got some relief from the ablations. At this point my doctor wants me to have another ablation. I am not going to have it. I have been told PMs don't cure AF. So doctors are more into the ablations. They have worked for a lot of people. Just not me. If the last one worked for you, you might want to look more into it. Other then this I just don't know what to tell you. Joe

I have a pacemaker and chronic AF. I have been asked to do an AV Node ablation also. The only hesitation I have is that it probably won't take care of the AF and I will be dependent on the Pacemaker. I had an ablation around the sinus node at the time they implanted the pacemaker and it really didn't help it either. Two weeks ago I just went on Tikosyn and Diltiazem to regulate my AF and they ended up doing a Cardioversion which corrected it for 1 week. I would really like to find a way to get rid of the AF and let the pacemaker do the job it s supposed to do as my energy runs on low all the time. I wish I could give you more hope, but we both seem to want the same results. Rick

A-Fib can be cured !

I had read an article regarding this fact in a magazine, then I went on line, and found this web site, WWW.a-fib.com/BostonA-FibSymposium2007 which shows evidence that in fact a-fib is curable in Europe, and the method will soon be coming to the US. Many people in France have already been successfully cured. Do check it out, it looks like there is hope after all. ~ Dominique ~

I hope it can

I found that link a while ago. From everything I have read about ablations, no one can say AF can be cured for good. Maybe in 20 years after a long term study has looked at that procedure, someone will come to the conclusion about if it did cure or didn't cure AF. This is a new procedure that will just take years to understand what this does to the heart and if it does cure AF. No doctor out there is going to say you have this done and your cured. That is just not going to happen. On the current ablations, a person can go for a year with no AF and then it came come back.
I hope someday it can be cured for all of us. I find it a very serious problem and it needs to be cured. At $95,000 a try, no matter how it turns out you can believe doctors want you to have it done. I was looking at my last hospital bill and that was what the hospital and doctors wanted for that procedure. My insurance paid about half of it, the hospital just wrote off the rest of the bill, glad I have insurance. Lets see, I have had three of them so far at that cost, wow if you don't have insurance you could end up living in a tent somewhere.

You always have something close to your heart.