Welcome to the Pulse, the semi-annual newsletter that provides club news and information of interest to our battery-operated members.

This is a special edition to celebrate Pacemaker Club’s 10th Anniversary.

Many of us have found a second home at the club, enjoying the connection with fellow pacemaker and ICD recipients. Why was the Pacemaker Club started ten years ago? Have you ever wondered who the elusive user admin is?

I had the privilege of meeting Blake, the Pacemaker Club’s founder, at the Social in Tampa last fall. Blake’s posts are rare and always concise, never chatty. I was expecting someone quiet, possibly shy. He seemed reserved for about the first ten minutes, then a warm, intelligent guy with a wicked sense of humor emerged. Blake is deeply dedicated to his family, actively involved with Heartbeat International, and highly educated on the subject of cardiac devices.

I recently asked him about Pacemaker Club and himself.  This is what he had to say.

What three words would you use to describe the club?

Patients helping patients. The spirit of the Club is caring active members who freely share of their knowledge, experiences and support each other.

Why did you start the club?

My third pacemaker was implanted in 1999 and I went online to meet and interact with other recipients, but had little luck meeting others. So, I decided to start the club.

Did you know anyone else with a pacemaker or ICD prior to starting the club?

Before founding the club, the only pacemaker recipient I knew was my late grandmother.

Why do you need pacemaker?

I was born with a heart disease known as Tetralogy of Fallot. I had two open-heart surgeries as a child to patch holes & repair valves in my heart. My first pacemaker was implanted in 1978, at age nine, for safety or back-up reasons.  Due to scar tissue from my surgeries, I’m currently being paced nearly 100% of the time.

How has the club grown?

In ten years, the club has grown from no registered members to over 10,000. At first, I created the website and managed it by myself. Now, volunteer recipients help moderate the site, as well as provide content. I hired a local Web developer about five years ago to create an interactive website and host it. This allows me to spend more time administering the site. The growth of the club has exceeded my expectations.

How has knowing other members affected your personal journey?

Greatly!  Before I started the club, I would rarely tell people about my medical condition and pacemaker. I was afraid it would interfere with my career and make people think I was not normal. As I learned more and met others with a device, I became more comfortable speaking about my condition. Today, I’m proud to say "I’m wired". I’m so blessed to have met so many fellow recipients.

How did your relationship with Heartbeat start?

Around 2003, I learned of Heartbeat International, a non profit charity that provides pacemaker, ICDs and medical care to poor patients in developing countries. Shortly after that, I began forwarding emails requesting help to save poor patients to Heartbeat. In 2005, I was asked to join their Board of Directors.

What is your role with Heartbeat?

I’m an active Board Member of Heartbeat International, as well as a member of the Executive Management Committee. I attend one or two meetings each year and participate in numerous conference calls to further Heartbeat’s cause.

What are your hopes for the future of Pacemaker Club?

Look out Tampa, Pacemaker Club is invading!  Sixteen Pacemaker Club members and guests descended on Tampa, Florida, September 25 and 26 for the first Pacemaker Club Social weekend. A bunch of elderly, weak heart patients? Not hardly! The group was young (or at least young at heart), lively, and the laughter was non-stop. There was time to spend getting to know fellow members, numerous speakers on current topics of interest to anyone with a pacemaker or ICD, and an opportunity to support a worthy endeavor, Heartbeat International who works with doctors and pacemaker manufacturers to provide pacemakers to needy patients in third world countries.

The weekend kicked off with a meet and greet by the pool on Friday evening. Most of the attendees had not met before so it was fun putting faces to the names. Some may have started off shy, but by the end of the evening it felt like old friends. 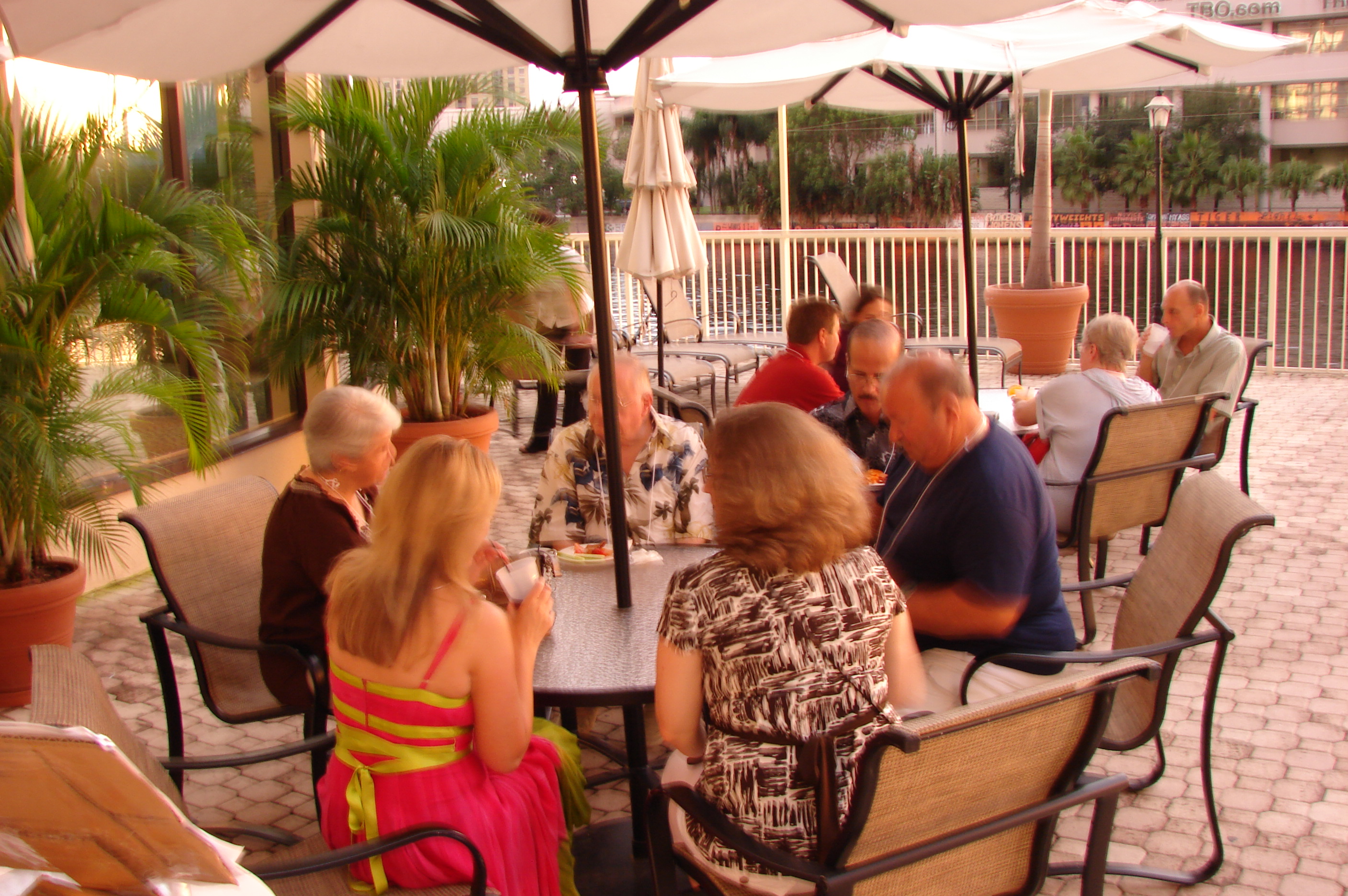 Saturday morning was the educational session. Dr Benedict Maniscalco, cardiologist and the current Chairman of Heartbeat International, kicked it off by giving a history of why Heartbeat was founded and the work that it does bringing pacemakers to people in third world countries. People with the same conditions as many Pacemaker Club members, the difference being members had access to medical care and were able to get their devices in a timely manner. He called members to get involved, to help those who did not have the advantage as the people in the room.

The next speaker was Harry P. Noznesky, representative from St Jude Medical. He explained the process for implanting a device, talked about new technology- what is available now as well as what is on the horizon- and passed around a variety of devices and leads for members to see.

The last speaker was Jo Ann LeQuang, known as pacemaker writer on the Pacemaker Club website. The first thing she did was answer the question, what IS a pacemaker writer? Jo Ann has written manuals for most of the manufacturers as well as several books intended for pacemaker and device recipients. Jo Ann is a sharp, informed, and funny speaker.

Door prizes and gifts were provided to participants. 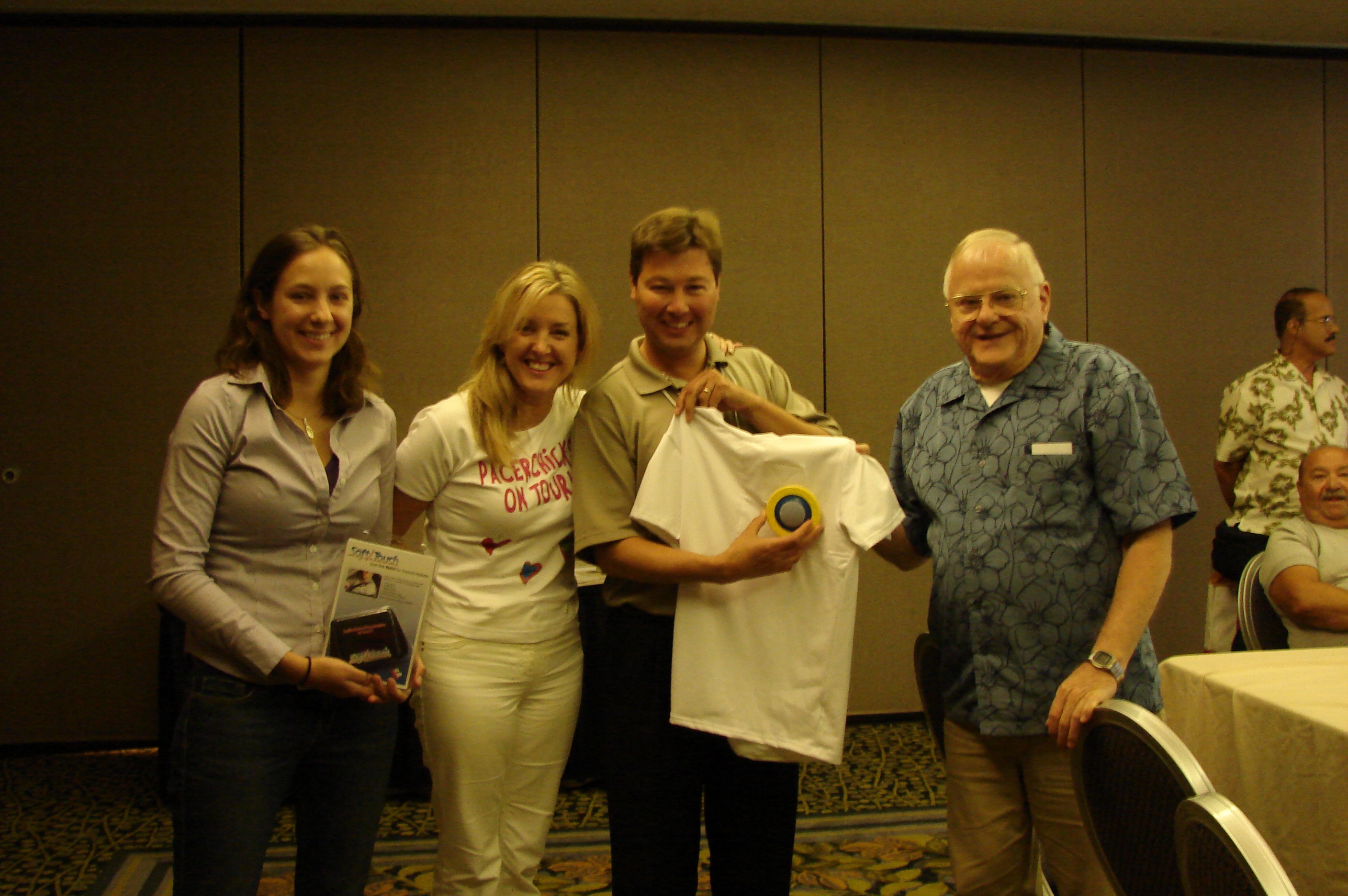 Saturday evening was the reason for the weekend- Heartbeat International’s black tie fundraiser, Dancing with the Stars. St Jude Medical generously donated two tables for Pacemaker Club members. The glittering event was held at the Tampa Marriott. The large ballroom was filled to capacity with close to one thousand attending. Eight local celebrities were paired with professional dancers in a competition mimicking the TV show. Attendees were given votes as well as the opportunity to purchase additional votes with their Heartbeat donations and bid in numerous silent auctions. 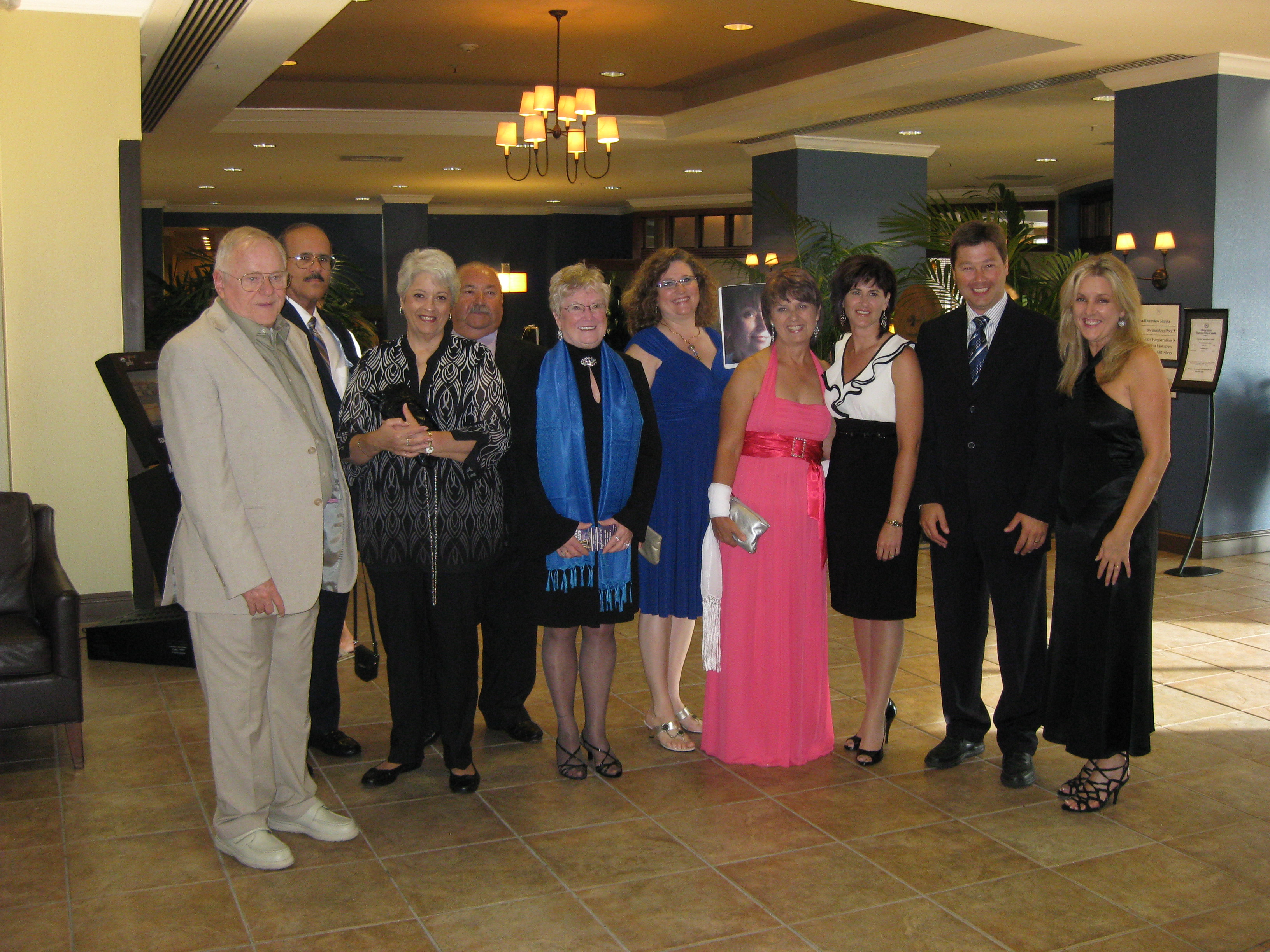 Sunday morning everyone gathered for a farewell brunch. Those that didn’t have flights to catch lingered, procrastinating in saying that final good bye.

Great fellowship, spectacular educational sessions, and support of a very worthy cause... Stay tuned for news on another possible social!

A long-time member, Laura Slyman (Sweettartgirl23), will be the basis of the May 3 episode of "House" on the Fox network.  This is her story.

"Thanks to a family friend, a few weeks back I received a call from one of the writer’s and producer’s of “House”!! He is currently in the midst of writing a storyline in which a patient with Chiari is at the center. We’ve talked quite a bit as he wanted the “rarest of the rare” and wanted to hear about my own journey with Chiari Malformation to help him with this character. So, while the character is not a carbon copy of me, I have had a lot of input and I have done my best to give him correct info and things that the public should definitely know about Chiari (including how to properly pronounce it)!

I am ecstatic and this is so surreal to my family and I. I love the show, and have watched for years, and to be able to be a part of this episode is amazing. My family and I used to joke around that I needed to go see Dr.House! I’ve been told that after a disease is featured on “House”, that the websites about the diseases receive double and triple hits and financial contributions! Right now, the air date of the Chiari episode is set for May 3. It’s hard to get diagnosed with something that even some doctors don’t know of, so I’m hoping that having it discussed on a hit TV show, that Chiari will finally be out there and be seen in an accurate way - while also entertaining :)

Anyway, I’m also quite excited as I will be able to go over to Fox Studios for a day while they’re doing the Chiari episode! The producer is going to show us the “behind the scenes” stuff of “House” and hopefully we’ll get to meet whatever actors are there for filming that day!"

Who has lived the longest with a pacemaker?

The late Swedish engineer, Arne Larsson has lived the longest (41 years) with a pacemaker implanted. His first pacemaker was experimental pacemaker, one that had never been tried in a human before. His operation was performed at the Karolinska Institute in Stockholm on Oct. 8, 1958. Although the first pacemaker lasted just a few hours, a second lasted several weeks, sustaining Larsson long enough for the implantation of an improved model. Throughout his active life, he had 26 pacemakers.

To celebrate our anniversary, you can purchase a Power Pack of our most popular merchandise and save over 15%, as well as receive a free membership card.

The Pulse Newsletter provides club news and information of interest to our battery-operated members. It is published semi-annually.  If you wish to submit an idea for a future publication, please contact us.

The meaning of personal computer is taken a step further.

I'm running in the Chicago marathon.